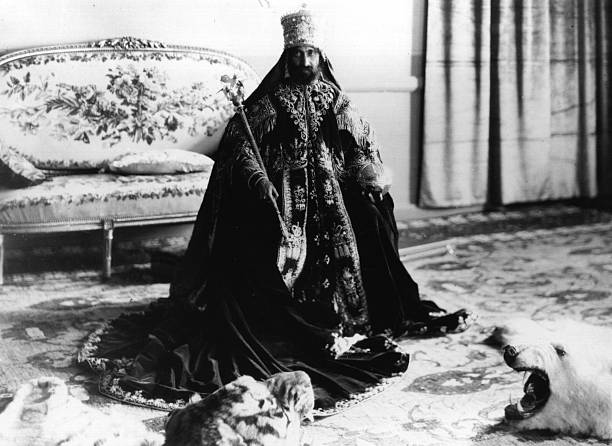 After Dejazmach Balcha was removed from office, guilty of mistreating peasants and insubordination to Ras Tafari; ministers, army commanders, nobles and other officials demanded that He be crowned Negus. They wanted Him to have His own power. Ras Tafari denied this nomination as it was against custom for a king and an empress to take residence simultaneously in a city (Addis Abeba), but Empress Zawditu conceded by the insistence of the people.

It only took two years after becoming Negus, for the transition to Negusa Negast to finally happen. And it didn’t happen smoothly either, for the conspiracies against the Crown Prince continued. From His appointment on 7th October 1928 til 1929, many rases swore fealty to Negus Tafari except for Zawditu’s estranged husband Ras Gugsa of Begedemer. Ras Gugsa had not been awarded the title of King alongside his wife, the reigning empress, and was essentially removed from her life. He was therefore upset that another man who was not her husband, was given the kingship, and the power of regency. He had great prestige in the north, and his plans to overthrow the Negus of Shewa meant there would be a civil war between the north and south.

The Ras used the political instability caused by starvation due to droughts in the north, to convince locals to rebel against Tafari. Gugsa sought the support of Ras Seyoum of Tigray, Ras Hailu Tekla Haimanot of Gojjam and Sultan Abu Jaffer of Wollo, and spread the word that Negus Tafari would bring European civilization of Ethiopia, and oust the Church because He had converted to Catholicism.

Negus Tafari retaliated by sending His own men to the north to buy the loyalty of the rases from Gojjam and Tigray. The Abuna also agreed to excommunicate him from the Church, and leaflets were sent all around the country announcing that he was not to be associated with. Tafari also enlisting a skilled, modern, well-equipped army that was loyal to Him as the central power in government. With modern weapons, armored vehicles and a fleet of four planes, Ras Gugsa’s movements were easily tracked and defeated.

On the 31st of March 1930 Ras Gugsa was killed, and Empress Zawditu received the news in total shock, while in an ailing state. She had been suffering with paratyphoid fever which had lethal effects on her body when paired with her diabetes. Because she was also fasting for Lent, her overall health was frail and deteriorated quickly with such bad news. The final decision of her beloved priests to dunk her in a bath of cold holy water, sent her further into shock and a coma, which essentially killed her on the 2nd of April 1930.

Many believed that Negus Tafari had a hand in her sudden death, especially after He ordered the death of her jealous husband, but such was not the case. When the Council of State met and declared their decision, Negus Tafari accepted, quoting Psalm 151.

On the 3rd of April 1930, Negus Tafari announced His ascendancy to Negusa Negast or Emperor of Ethiopia, with the death of Queen Zawditu. He chose however, against custom, to be crowned at that time. The coronation was put off until November 2nd 1930.