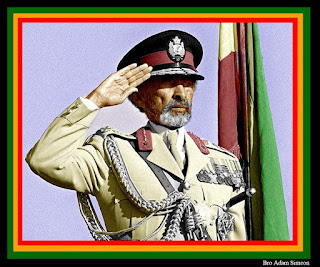 Since March 1935 Ethiopia maintained that the Wal Wal Incident was not a reason to start a war and urged the LON to seriously investigate the contention between the two countries and Italy’s movements to start a war, before any treaties were violated. Ethiopia protested to the LON that Italy was raising aggression but was ignored. Italy used tactics of avoidance, postposing meetings and neglecting to make official responses to Ethiopia’s claims, which disallowed the argument to be settled (this is what they wanted so they could have a reason to start the war).

From February to September 1935, Ethiopia watched as Italy’s General de Bono led troops into Eritrea and Somaliland at increasingly alarming numbers. All the time spent in shelving the Wal Wal incident, allowed Italy time and reason to start amazing thousands of troops, aircrafts, armored vehicles and artillery along their frontiers in Somaliland and Eritrea. Italy claimed they were simply beefing up their own security to keep Ethiopians from attacking them – but the Emperor of Ethiopia Haile Sellassie I had no intentions of doing anything of the sort. Italy maintained that Ethiopia was making false and unsupported allegations against them.

By September 3rd when the Arbitration Committee decided that neither Ethiopia or Italy was responsible for the Wal Wal Incident, Italy had gathered thousands of men and war supplies. They even built new aerodromes across Eritrea and Somalia. Ethiopia was not prepared to fight this well-equipped army.

Ethiopia’s guns and ammunition were of poor or outdated quality and they didn’t have enough armored vehicles, planes or tanks. Ethiopia’s attempts to buy arms form Great Britain were denied. The French also refused to grant licenses for any weapons to be sold to Ethiopia or Italy. But this only hurt Ethiopia as Italy produced their own weapons – they didn’t buy from the French or British. In French Djibouti Ethiopian arms were also held up with excuses, and the railway company refused to deliver the arms because Italy threatened to bomb the trains. France and Britain were of no help because they didn’t want to provoke Italy in any way, being such a powerful army. Even if the Emperor could have found a supplier, the artillery wouldn’t have reached Ethiopia until 1936. Germany however was noted to have been the one country to supply arms to the Afrikan nation.

The only other hope was for Ethiopia to again plead to the League of Nations (LON) which was a dead end. During June to July 1935 both countries made speeches against one another. Italy made it clear that they intended to overthrow the Solomonic State and capture Menelik’s empire. Mussolini maintained that Afrika now belonged to Europe and could not be ruled in any part by Afrikans. He wanted to take revenge on Menelik I’s win against them back in 1896 at the Battle of Adwa. Mussolini wanted Ethiopia to become Italy’s protectorate and was tired of Britain trying to protect the Afrikans.

September 4th the Italian delegate Baron Pompeo Aloisi said that Abyssinia was incapable of following and understanding the “principles of international morality.” Abyssinia could not share equal rights with civilized states in Europe. Italy would be offended as a civilized nation to continue dealings with Abyssinia on an equal footing in the LON. Ethiopia maintained they wanted peace and that Italy was threatening to exterminate them which was against League policy. The LON responded by appeasing Italy at the expense of Ethiopia, so that problems would not arise within Europe itself (Italy joining with Nazi Germany was a real concern).

The LON Council appointed a committee of 5 states including Britain and France to negotiate an agreement between Italy and Ethiopia. The result was a mandate to give Italy what they wanted under guise, which Ethiopia rejected immediately. NO agreement was made. Ethiopia would not give up its independence.

The Emperor finally realized that instead of the bogus LON creed of collective security He had to worry about national security and prepare the country for war. Haile Sellassie I intended to keep war at bay as long as possible because He didn’t want Ethiopia to be guilty of violating the treaties made with both Italy and the LON. The Italians ironically enough shared no such morality, and by then had constructed numerous fortifications along the Eritrean border.

Ras Seyoum was charged with preparing this frontline on the Ethiopian side but did a poor job in doing so. He refused to build proper trenches or use the new guns sent from Addis Abeba. He was against using the modern military tactics that were presented to him by the Russian ex-colonel Konovaloff, who was sent to help him prepare.

On October 2nd-4th Italy started its advance into Ethiopia at Tigray and the Emperor had no choice but to sound the war drums at the capital and make a speech of mobilization. October 3rd 1935 General de Bono advanced in Adwa in the North while General Graziani opened fire on the frontier at Somaliland in the South. The two made their way through Ethiopia until they met at the capital Addis Abeba early in May 1936.

Sources: The Lion of Judah hath Prevailed by Christine Sandford, The Second Italo-Ethiopian War Wikipedia
Posted by Ila Addis at 08:29