Ethiopia Italy and the League of Nations 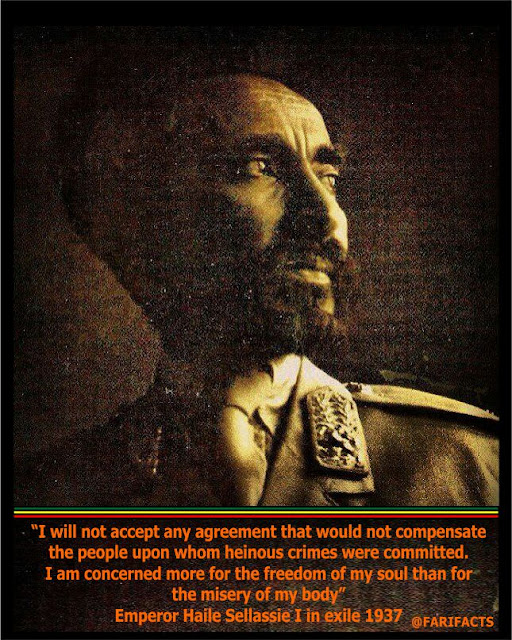 On October 7th 1935, the Council of the League of Nations (LON) concluded that Italy, by invading Ethiopia and capturing cities, had in fact violated Article 12 of its Covenant and therefore would automatically be punished with sanctions. To stop the war, Mussolini made it clear that he wanted to control all of the deceased Emperor Menelik II’s conquests: Eritrea, eastern Tigray, and Somalia the Ogaden and in return he would permit Haile Sellassie to run His severely trimmed state under Italy’s management and advice. The aim of Italy was to erase their previous defeat by Emperor Menelik II so that Ethiopia could no longer claim that they had in fact defeated the Italians. Italy believed they were fulfilling their destiny.

France was supportive of this move to annex Ethiopia to Italy but they knew that the Ethiopian Emperor would never agree to such a proposal. On November 18th the import-export sanctions were imposed by Geneva’s LON but did nothing to slow Italy’s war agenda. The only embargo Mussolini was concerned about, was the oil embargo from Britain and France which would affect his army. Italy presented itself as a threat to these two nations and they decided that any agreement that could be made to keep Italy as an ally and yet which didn’t openly show their approval of Italy’s aggression in Ethiopia, was best. On December 7th 1935 the French Prime Minister Mr. Pierre Laval and British Foreign Minister Sir Samuel Hoare created an Anglo-French agreement the Hoare-Laval Pact which would effectively give Italy what it wanted. This Pact was leaked to the public and created moral outrage across the globe, so it was never actually brought to the table.

“In Geneva, many commented bitterly that the effect of sanctions had been completely undermined by the Hoare-Laval Pact. In Paris, the entire liberal-left press united to denounce the service done the Facists, and the media in America were almost unanimous in seeing the newly hatched scheme as ‘a betrayal of Ethiopia’ to the aggressor. In Addis Abeba, Haile Sellassie announced that acceptance of the Anglo-French arrangement ‘even in principle…would be an act of cowardice and treason against Our people, the League of Nations, and all state which might have had confidence in the system of collective security.’ In a formal response, the Addis Abeba government followed the imperial line, refused therefore to participate in its own dismemberment ‘under the pretext of a fallacious exchange of territories,’ and called on the League not to sponsor the ‘final ruin…[of the] system of guaranteed collective security provided by the Covenant.’” Excerpt from Harold G. Marcus 1995 pg 171

Between June 30th and July 4th 1936 there was a General Assembly held at the LON to basically decide the fate of Ethiopia as a victim of Italian aggression. Countries were asked to vote on whether to lift the economic sanctions against Italy and recognize that Ethiopia had really and truly been annexed to Italy, but the result was that not enough countries supported this notion. Also, a loan of one million pounds was requested by Ethiopia and was turned down as 23 countries opposed, 1 country supported, and 25 abstained from voting. In truth there was chaos in the organization. All members of the LON knew how dangerous it was to cross Italy because of the military strength of Mussolini’s nation and it seems that many of them chose not to be a part of any voting because they did not support what Italy was doing given that it was against the LON’s laws.

Countries that supported the enforcement of the sanctions on Italy were: Sweden, Ireland, New Zealand, China, Iran, Spain, the Soviet Union and South Africa. It appears that Canada, England, Austria and France were for lifting the economic sanctions because they didn’t believe that such were any real factor in the problem between Italy and Ethiopia. The sanctions would not help improve or solve the situation.

Although the Emperor Haile Sellassie I had no other option but to turn to the LON for help while in exile, given that His country had been unable to keep Italy from occupying parts of Ethiopia, the LON truly offered no hand in settling this war. Ironically enough, in the end there was no winner. Both the Emperor of Ethiopia and President of Italy were dissatisfied with the answers given to their respective proposals.

Mussolini gave the following speech, showing his discontent with the failure of the League to officially lift the sanctions and recognize his legal control over Ethiopia and the dismemberment of the Ethiopian monarchy and government:

“The fact that the whole world conspired against Italy was an irrational act. And there is something that those who live in Britain should know. That is the fact that the so-called League of Nations is an empty and defunct machine when it comes to the dispute between Ethiopia and Italy. Italy’s glorious deed will be recorded only when the dispute between Italy and Ethiopia is settled outside the confusion of the League of Nations. I have dismantled the government of Ethiopia. The representatives of a vanquished country should not be present in the Geneva assembly.

We have not forgotten that the League levied an unprecedented punishment on the Italian people. We will not forget it in the future. It [the League] intended to decimate the people, the households, and children by starvation. It also attempted in vain to obstruct the efforts of our military, which was on a civilizing mission. It did not succeed, however…[since] the League…was confronted by the formidable unity of the Italian people, which is ready to sacrifice anything and is able to fight even against fifty-two countries.

Hereafter, it should not be necessary to involve the League of Nations in the remaining political efforts to bring peace. In 1935 AD we concluded an agreement with France. While an expansion of the agreement along the path of genuine friendship was being considered, the issue of sanctions came about. Our victory came with the spring. Yet the sanctions remained strictly in force. Two months after we entered Addis Abeba, the sanctions were still in force. France was still referring to the old records of the League and continued to believe that the previous government of the Lion of Judah was alive. However, except in the records of the League, the truth is that, due to our victory, the emperor’s government had expired.”